Are you engaged in the trend to transform society by taking on tough or taboo topics?

By Mark Gause on December 30, 2015 in marketing-gestalt

Over the last few decades, the entertainment industry has been on the leading edge and acceptance of our diverse population and culture in the United States. The sports and music industries were among the firsts to break the color barrier for African Americans and Latin Americans. And sexual preference found support and advocates in the arts – from music to movies, stage to television.

But long before all this gnashing of teeth and the toxic tweets to General Mills, one clothing company saw race and these taboos as a cause worthy of discussion and debate so the “United Colors of Benetton” campaign was born. It too had its share of detractors.

Blazing the trail is not a job for the faint of heart.

Today, companies are asking their advertising agencies to realistically represent our great “melting pot” and to help them reach out to underserved minorities. Yet, diversity doesn’t stop at race alone. Religion, physical capabilities and sexual preference are other factors one needs to factor into your campaign strategies and execution.

But at what risk and what reward?

It appears we’re entering a period when companies aren’t afraid to openly engage the LGBT community. While estimated as a small percentage of the total population of our country, gay rights but primarily gay marriage has become the taboo topic of our times. Advertisers such as Expedia, Campbell’s Soup, Wells Fargo, Allstate and American Express have jumped feet first into the fray. Factored into their business calculations are a percentage of lost customers and members along with an acceptable level negative public discourse. And if you read any of the social media posts, you’ll see that to be the case. But time will tell if their efforts and actions will garner new supporters and customers, and become mainstream or place them on the year-end list of brands we might not see in the near future. 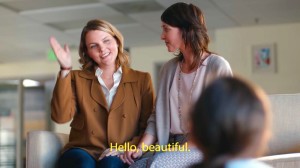 Is your company or brand engaged in this trend? Have you bought up the topic with your management executives, marketing team and external communication partners?  Where do you stand? Should you take a stand? Or should you avoid or resist the trend because it runs counter to your beliefs and values, especially if you’re a faith-based organization?

If the topic hasn’t been an item on your meeting agendas, it might be time to add it so you can establish guidelines on how or if it will part of demonstrating customer diversity in 2016 and beyond. But one word of caution, look beyond your doors and market to see what other companies are doing. And be sure to discuss and debate if there is a risk of oversaturation and causing a “net” negative effect, instead of making a positive contribution to the cause and your business.