“Houston, we have a problem!”

By Lunar Strategies on January 25, 2017 in marketing-gestalt

In 1970, astronauts John Swigert, Jr. and James Lovell along with Fred Haise Jr. made up the crew of Apollo 13. During their moon flight, they reported a problem back to Houston. Forever ingrained in American folklore, the actual phase uttered by astronaut Jack Swigert was “Houston, we’ve had a problem here.” 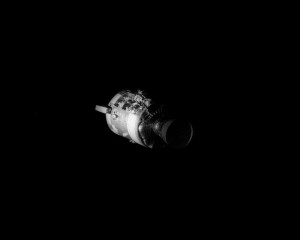 The crew of the Apollo 13 moon flight reported a major technical fault in the electrical system of one of the Service Module’s oxygen tanks. It was a genuine report of a life-threatening fault. Since then, this misquoted statement is often used humorously to report any kind of problem.

But, what if that wasn’t the case? What if the PC police told us that we couldn’t use “problem” because it was a negative term? That if they told us the appropriate phase is “Houston, we have a challenge.”

It really isn’t that farfetched or hard to imagine. Many businesses and organizations have instituted a ban of negative statements and terms. In their marketing plans, the word “problem” has been replaced by the word “challenge.”

In their advertising, you can’t use “can’t” and other “not” words, or sell the solution by expressing or illustrating the problem first. Any and all negative statements must be flopped and presented in positive and friendlier terms. Often meaning the real meaning and power is lost. And while it’s not a life and death situation like Apollo 13, it can mean the difference between someone reacting and responding to your ad message and doing business with your competitor.

It definitely makes the competitive space harder to navigate and control. And makes it harder for us to successfully launch and guide brands and deliver the payload – share of mind and share of wallet.

So it’s fair to say, “Houston, we have a problem!”