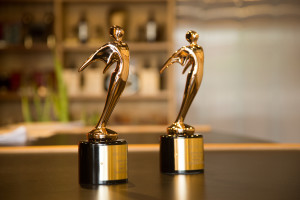 Two of the TV commercials that we produced for the Franciscan St. Francis Health Cancer Center were selected as winners in the 37th Annual Telly Awards.

Competing against over 13,000 entries from all 50 states and numerous other countries, our commercials titled “Cancer Research” and “Cancer Surgery” earned Bronze Telly Awards.

The Telly Awards was founded in 1979 and is the premier award honoring outstanding local, regional, and cable TV commercials and programs, the finest video and film productions, and online commercials, video and films. Winners represent the best work of the most respected advertising agencies, production companies, television stations, cable operators, and corporate video departments.

“The Telly Awards has a mission to honor the very best in film and video,” said Linda Day, Executive Director of the Telly Awards. “Lunar Strategies accomplishment illustrates their creativity, skill, and dedication to their craft and serves as a testament to great film and video production.”

Besides thanking our moms (and dads), we would like to thank Franciscan St. Francis Health – especially Larry Meade and the Cancer Center physicians, nurses and staff for all their time, passion and support. And two really good guys, David Yosha and David Weyls at Magnet Films, for being key collaborators in the production of these award-winning commercials.