What can we learn from the Pittsburgh Steelers?

By Mark Gause on September 12, 2016 in marketing-gestalt 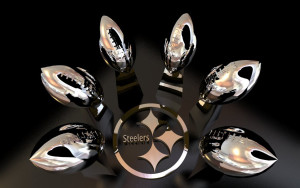 Founded in 1933, the Pittsburgh Steelers are the oldest teams in the AFC and one of the most successful franchises in the NFL. The Steelers have won the Super Bowl six out of their eight appearances. The Steelers first Super Bowl appearance and victory was against the Minnesota Vikings in 1975. Over the last 46 years, three coaches have guided this storied franchise – Chuck Noll, Bill Cowher and Mike Tomlin.

Three head coaches in the last 46 years! This level of trust and loyalty is rare!

In the last 15 years, another storied NFL franchise the Oakland Raiders had the league’s most head coaches with eight. During this stretch, the Raiders made it into the playoffs only three times.

Is that a result of poor management or a society consumed with instant gratification?

Whatever the reason, the Steelers have bucked the trend to cash in their chips when the cards were down. Or, chase after the hot and trendy coaching candidate climbing with coaching ranks.

How many organizations and marketing directors follow the Steelers’ successful business model? How many recognize and protect the value and equity invested in these partnerships? How many are quick to pull the plug and opt for chasing the latest hot ad shop, PR firm or interactive company?

The stats aren’t that surprising. More follow the Raiders than the Steelers approach. After all, staying the course isn’t always an easy choice or popular decision. Especially, when there is something “shiny” or “bigger and better” to chase after.

In business and life in general, long-term performance too often loses to short-term moves – unless you’re a Pittsburgh Steeler’s coach or fan.