By Mark Gause on February 6, 2017 in marketing-gestalt

Both the Patriots and Falcons left it all on the field. They took gambles and risks, but so did several brands.

Typically, the Monday morning quarterbacks/critics are talking about what Super Bowl television commercials ranked the highest and which one tanked. Instead, many are talking about the brands that took a risk by going political. 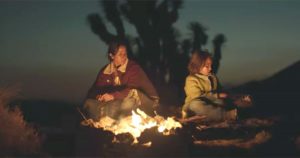 Airbnb, 84 Lumber, Budweiser, Coco-Cola, Kia Motors, Audi and even the NFL all took huge risks. Will their strategies earn them gold rings or cause more handwringing?
As consumers, many of us just wanted to watch the game. Others want and like their brands to stand for something. However, the country is heavily divided on the topics these brands tackled. And based on a sampling of comments on social media, the reviews and feelings are extremely mixed.

Only time will tell if the reward will outweigh the risk. Did they score with a majority of consumers or cause them to push back and boycott these brands?